lost my job at the bank on my very first day. – A woman asked me to check her but on the cliff, so I pushed her over because i lost my balance

Hi welcome to David’s sperm bank you Jack it we pack it how may I help you?

If you think no one cares about you, stop paying your taxes

Bank owner:if you want to start a bank account, I need ur name. Guy:Robin Bank owner: ur last name? Guy:Debank Bank owner: Robin Debank? Guy: put your hands up and give me all the money!!!

What is playing with you

Why did tube date electricity? Because he would light put when she touched him. 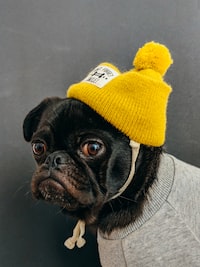 Why did the football coach go too the bank? To get his quarterback!

i was in the bank one day and this old lady asked me to check her balance. So i pushed her over

Yo mama is so ugly, when she goes into a bank, they turn off the cameras.

I quit my job at the bank today I lost interest.

What do you call a Navajo with a lot of cash?

Today at the bank, an old lady asked me to help check her balance. So I pushed her over.

So I pushed her over

What did the piggy bank say to his piggy friend? Ain’t you got no cents? Piggy: Actually, no. Just pork.