GRAVEYARD SAVINGS: While leafing through our local newspaper, I noticed this classified ad: “For sale: one used tombstone. Splendid opportunity for a family named Dingle.”

A lawyer bought a beautiful yacht. He invited the law firm to come aboard for a great weekend. Saturday night was the candle light dinner and Sam drank too much, walked on the deck and fell over the rail into the water and was calling for help. Tom said, “Oh no the sharks will get him.” All of the party lined along the rail and noticed the sharks were swimming around him in a circle. Jim said, the sharks are not even bothering him! And a shark lifted up his head out of the water and said, “Professional Courtesy.”

You don’t usually see strap-hangers carrying newspapers these days. But one guy with the New York Times is seen getting on a crowded F Train. He notices a single seat not taken. Suspicious, he gets closer and sniffs it out. The seat is discolored but dry. Throwing caution to the winds, he removes a section from the paper and sets it down to buffer the spot from his behind. He sits down, stretches his feet and yells out: “Try sitting on your smartphones, suckers!”

I think the local nudist campground just went out of business.

The sign on their gate says: “Clothed Until Further Notice.” 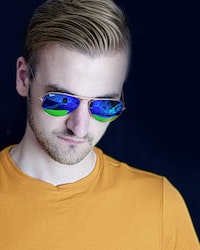 If u r talking to Indian and noticed a red dot appear on their forehead, be careful of what u said… They r recording it down… Careful… (no offense) pure joke. 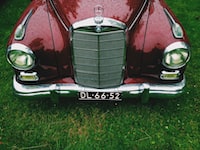 I was in Alabama last year. I walked into a store and noticed a couple kissing each other and I said excuse where is the bathroom and the man said right over there. I went into the bathroom and then heard the girl say “Dad I have to go to school soon”

It was 2017, and lots of people were hating RiceGum because he released Frick Da Police, a diss track insulting Idubbbz’s Content Cop video on RiceGum

A few hours after the diss track was released, someone went to Rice’s house and spray painted Asian Jake Paul on the wall of the front of his house.

Rice went to “meet” Idubbbz, then he saw the graffiti.

Sus 2: I was staying indoors because it was rainy

Sus 3: I fucking RiceGum, but I would not ruin his cheap ass house lol

Police: I know who RiceGum: Who? Police: ITS-

Notice anything in the number crowd?

Comment the answer below and I will see who is correct

I was running away from expired grocery items with my friend, when i got out i noticed he was left for bread, i felt so guilty, he was toast. I’m not loafing this

Once, a mother worked in an orphanage as a cooker. She had a son, and a daughter. Twins. When she was going to her work, she decided to take the twins with her. They we’re happy, they got ready and played with other children while their mother was cooking for other kids. Then, a poor family entered the orphanage. They said they wanted to adopt twins. As soon as they saw the children playing, they notice the womans kids. They said they wanted to adopt them. The manager said they weren’t orphans, but before he said it, a teacher accidentally gave them to the poor family under the names of Layla and Logan. The kids we’re Kyle and Kayla. They went away with their new children, but the kids cried, they said they weren’t orphans and that their mother was in the orphanage, cooking. The poor family didn’t believe, they thought it was the children’s reaction of getting adopted. The woman went outside of the kitchen, she didn’t see her children. She asked the teacher… And when she found out, she screamed and ran outside. She was running at the poor family, when they thought she was a psychopath and wanted to kill them. When Kyle and Kayla looked back, they saw their mother. They swinged their hands so the poor family could let them away. They ran to their mother and hugged her. The poor family got shocked and called the cops. But the mother, she showed the documents and her parent rights. This all explains the worst joke, Yo Momma Lost Ya.

( I would never do dat though I love pupies )

I ask my sister to get me a cup of fruit punch. I realized she was taking a bit so I walk to the kitchen and noticed that she spilled it on herself. I asked her how did you do that but there was no response.

There once was a boy named Sammy who loved this girl Beyond belief her name was Rayne but she didn’t notice him and or talk to him but one day she did and the ended up liking each other and getting married and living happil- wait no that’s not right Sammy actually snuck in Raynes house one day and kidnapped her and locked her in his basement and made her into a puppet so he could keep her forever and ever. The End .

Two guys were walking down the street and one of the guys told his friend he could talk any Blond in the world into giving him a Blowjob, any Blond! So the guy bet him 20 bucks and pointed to this cute blond sitting on the side of the road and said alright let’s see it! The other guy walks up to the cutie and says, Hi my names Dave and my Doctor just told me that if I didn’t get a Blowjob from a Blond within three hours that the disease I have will kill me in 'oh less see now 22 minutes! She looked up at him with tears in her eyes and said “You mean I could save you from dying right now?” Then she says pull it out! 10 minutes later the two men were laughing and patting old Dave on the back when his friend noticed the blond sitting in the alley bawling her eyes out! So he walks over to her and says I would have thought you would be so happy for saving my friends life?! So she looks up him just crying her eyes out even worse and says" I could have saved my dad!"