I’ve always wanted to WAVE to a dolphin, but it could never SEA me. That dolphin is so WASHED up. WATER you say we get revenge?

Did you know that Iceland is only one sea away from Ireland?

Why do seagulls fly over the sea and not the bay?

What Would you find on a haunted beach?

“Hey guys I’m a new Jokester, remeber my name as I’ll be making a lot more!!! P.s. They will be much better than this one!”

What’s the difference between a piano and a fish?

You can tune a piano, but you can’t tuna fish!

What do you get when you cross a shark and a snowman?

Vladimir Putin, Donald Trump and Angela Merkel are standing at the shore and are trying to impress each other with the accomplishments of their countries. Putin brags „We have nuclear submarines which can stay under water for six weeks without having to resurface!“. Trump goes on „Six weeks? That’s nothing. I have the best submarines, they‘re underwater für at least three months!“. Merkel is about to respond, when a giant steel colossus emerges from the sea. A hatch opens, a black uniform appears - „Heil Hitler! We need Diesel.“

Why do seagulls fly over the sea? Because if they flew over the bay they would be called bagels.

Why did the shark spit out the clown?

Because he tasted funny!

There was an oil spill in the ocean. Now the ocean can’t Sea!

Hey guys! It’s Triple G you can give me more ideas on jokes, mainly Fish and Sea jokes as those are the jokes I specialise and only do best on the comment section below. Please do feel free to thumbs down and comment on improvements as well as thumbsing up and saying what you liked! :)

Yo mama so fat her swimming is sea world

What is the strongest creature in the sea? 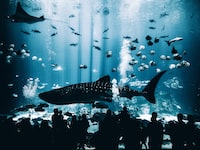 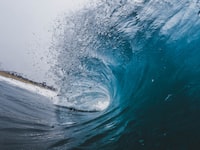 what did the ocean say to the other ocean?

Nothing. They just waved

did you sea what I did there?

All these sea monster jokes are just Kraken me up.

If seagulls fly over the sea what flies over the bay

Last night, I dreamed I was swimming in an ocean of orange soda. But it was just a Fanta sea. (Fantasy)