We wrote letters to a kid with cancer. My letter read “its a bumpy road but soon u will have a straight path.” People didnt realize it was meant for his heart monitor.

What is the longest word in the English Dictionary? Smiles because there is a mile between the first letter and the last

What’s the difference between a politician and a flying pig? – The letter F.

But I was just wondering… should I keep the letters?

What starts with e, ends with e, and only contains one letter? – An envelope. 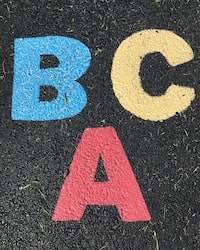 What has more letters than the alphabet? – The post office. 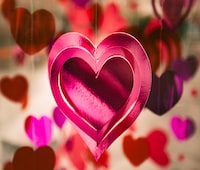 What is a pirate’s favorite letter?

You’d think it’d be R, but really his heart will always belong to the C.

Did you know the letter F in orphan stands for family?

When I was in 4th grade, we wrote letters to kids in the hospital. I wrote: It is a bumpy road but soon it will be a straight path. Not many people know I was talking about their heart monitor.

What is a pirates favorite letter … you might think it’s the R but it’s actually the C.

Sam is a kindergartener. One day, Sam’s teacher told him to learn the first few letters of the alphabet. Later that night, Sam asked his moody sister what the first letter of the alphabet was and she replied with “Oh what’s the point. Life is meaningless…”. Sam then went up to his room and found his brother crying on the floor. Sam asked him what the next letter was. “I hate you!” said sam’s brother, so Sam left the room. Sam went to his mom and asked her what the third letter was. “You stupid f*****” his mom yelled at him. So Sam went to ask his Grandpa what the fourth letter is and his grandpa didn’t reply, so Sam went to bed.

The next day, Sam’s teacher called on him to tell the class what the first letter is and he answered with “Oh what’s the point. Life is meaningless…” and the teacher sent him to the school counselor. As he left the room, he yelled at his teacher “I hate you!”

As Sam arrived at the counselors office she said she had called his parents and they wanted him to be safe and locked up in a padded cell. “You stupid f*****” Sam screamed as he heard the ambulance sirens getting nearer. As the ambulance drove away, Sam, in his straight jacket, was silent. 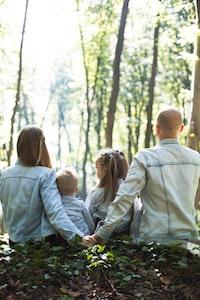 What is a pirate’s favorite letter?

A letter from his family; he hadn’t seen them in years.

Did you hear about the homosexual letter? It only came in male boxes

What is the difference between Trump and a flying pig? The letter F

Do you know what I found in my letter soup?

what do you call a letter using the bathroom

What’s the second to last letter in the alphabet? Y. Cause I wanted to know

What do orphans need in order to mail letters? Food stamps

A man books a session to see a therapist, as he claims he has a strong fear of the 15th, 9th and 3rd letters of the alphabet. So once the therapist, let’s call him Frank has jotted that down on his notebook he says, “o, i c”