I went to visit my friends sick grandpa. He was lying in a hospital bed connected to a lot of tubes. When I approached him he kept repeating “Nǐ cǎizhe wǒ de yǎngqì guǎn”

Suddenly right in front of me, he passed. Later that night I translated his last words, and they were “You’re standing on my oxygen tube”

Any joke can be funny with the right delivery. Except Abortion jokes, because there is no delivery.

There was a guy who got his entire left side cut off. Don’t worry, he is all right now.

“Doctor, there’s a patient on line 1 that says he’s invisible” “Well, tell him I can’t see him right now.” 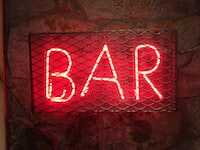 A Mexican bandit made a specialty of crossing the Rio Grande from time to time and robbing banks in Texas. The banks offered a reward for his capture, dead or alive, but offered a much larger award for the recovery of the stolen funds. An enterprising Texas Ranger decided to track him down. After a long and difficult search, he traced the bandit to his home town. On a hunch, he checked the town’s cantina, and sure enough, there was the robber. The only other people in the bar were the bartender and a scrawny, older man at a back table. The time was right to make a move. The ranger drew his revolver, charged into the cantina, and announced: “You are under arrest. I get a reward for you, dead or alive. Tell me where the money is, and I’ll let you live. If you don’t, I’ll shoot you right here, and save myself the trouble of having to take you back to Texas alive.” But the bandit didn’t speak English, and the Ranger didn’t speak Spanish. As it turned out, the scrawny man at the back of the bar happenedd to be a lawyer. He knew the robber, and was bilingual, and quickly offered to translate for the two of them. The ranger said: “Tell him that if he doesn’t tell me where the loot is, I’ll shoot him here and now.” Upon hearing what the Ranger had said, and seeing the cold look in his eye, the bandit knew that the Ranger meant it - if he did not give up his loot, he was a dead man. Terrified, the bandit blurted out in Spanish that the loot was buried in an old barn at the outskirts of town. “What did he say?” asked the Ranger. The lawyer answered: “He said, ‘You don’t have the nerve to shoot me, Yankee swine.’”

A guy sits at a bar in a skyscraper restaurant high above the city. He slams a shot of tequila, goes over to the window and jumps out.

The guy sitting next to him can’t believe what he just saw. He’s more surprised when, 10 minutes later, the same guy walks back into the bar and sits down next to him.

The astonished onlooker asks, “How did you do that? I just saw you jump out the window, and we’re hundreds of feet above the ground!”

The jumper responds by slurring, “Well, I don’t get it either. I slam a shot of tequila, and when I jump out the window, the tequila makes me slow down right before I hit the ground. Watch.” He takes a shot, goes to the window and jumps out.

The other guy runs to the window and watches as the guy falls to just above the sidewalk, slows down and lands softly on his feet. A few minutes later, the jumper walks back into the bar.

The other guy has to try it, too, so he orders a shot of tequila. He slams it and jumps out the window. As he reaches the bottom, he doesn’t slow down at all. SPLAT!

The first guy orders another shot of tequila. The bartender shakes his head. “You’re really an a**hole when you’re drunk, Superman.”

I got a new pair of gloves today, but they’re both ‘lefts’ which, on one hand, is great, but on the other, it’s just not right. 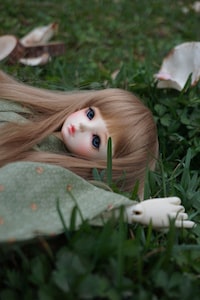 I saw a man sitting on the ledge of a bridge the other day, and asked him what was wrong. He responded with nobody loves me, so i told him that may be true but you dont wanna kill yourself you want to die of old age, or at least be murdered, suicide is for the weak. he responded with your right so I pushed him over the bridge, and he died of murder

An older retired couple - the wife had grown tired of her husband farting in bed each night. One morning she put some chicken parts under the blankets in bed next to him and went off to make some coffee, A few minutes later she hears a loud fart followed by a blood curdling scream. He comes out after awhile and says, “Hon, you were right that I would fart my guts out. Took me the longest to put them back in”.

A family of 3, a dad, a mom, and a 12 year old son are driving in the car when the dad says, “How about we play a little game of two truths and a lie. It’ll be fun.” “Ok,” the mom and son reply happily. “Let me start,” says the son. “Ok, go ahead,” replies the mom. “I hate video games, I hate school, and I love junk food,” says the son. “Ooh ooh! You do love junk food, you do hate school, and you don’t hate video games.” Says the mom. “Your right!” He replies. “I’ll go next,” says the dad. I love your mom, you’re adopted, and my dad almost died in WWII.” “Hmm… Your dad did not almost die in WWII, obviously I’m not adopted, and you do love my mom.” Says the son. “The lie isn’t that your adopted.” Says the dad.

Two wrongs don’t make a right, but what do to wrights make? The first airplane.

I have just started a sexual relationship with a blind woman. It’s very rewarding, but quite challenging. – Took me ages to get her husband’s voice right.