Last week I told my psychiatrist, “I keep thinking about suicide,” and he told me from now on I have to pay in advance.

I bought my blind friend a cheese grater for his birthday. A week later, he told me it was the most violent book he ever read.

We need more women in the military! They can bleed for weeks and still not die! 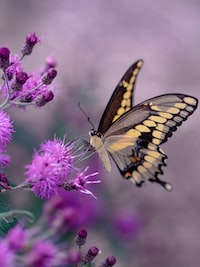 One day a father and a daughter were at a park. The daughter accidentally kills a butterfly. The father says, “Just because you killed the butterfly, you don’t get butter for a week.” They were there the next day, and the daughter kills a cockroach. The father laughs and says, “Nice try.”

When I was little I would pray to Jesus every night for him to get me a new bike, I learned one week in Sunday school that that’s not how it works, so instead i just stole one and asked him for forgiveness.

I haven’t talked to my wife in three weeks. – I didn’t want to interrupt her.

I went to a seafood disco last week…and pulled a mussel.

I gave my blind friend a cheese grater for his birthday. Next week he told me it was the most violent book he ever read

What is the difference in having a granny fetish and necrophilia? A few weeks.

When you are suicidal comedic relief sometimes helps. These jokes sometimes help you realize how many more people feel the way you do and how ridiculous it sounds sometimes.

Why is Sunday better than Monday?

Because Monday is a weak day.

Luck of the Irish my ass, I just blew a tranny and an engine in my truck both in the same week… Boy it really ruined my day when they found out about each other.

So a doctor walks into the room with a dying patient. He looks the man up and down and says gravely: “I’m sorry, you only have ten left.” The other man smiles nervously and asks, “T-ten what doc? Hours? Days? Weeks?” The doctor calmly looks at him. “Nine.”