Stephen Hawking died because he accidentaly lost his bluetooth connection

Why Did The Columbine High School Basketball Team Lose The Big Game? Because They Lost Their Two Best Shooters…

why is america bad at chess, we already lost two towers

A man in conversation with his friend says that his wife is on a 3-week diet. The friend curiously asks, how much has she lost? The man replies, “her life.”

Why did the Oreo go to the dentist? Because he lost his filling.

Three men are travelling through the desert when their single camel dies. They walk for a while but then it becomes night. Desperate for shelter, suddenly they stumble across a tent and inside is three beautiful women. The men were not only lost but horny too so they begin to have sex with the women. But the tent belongs to a prince and these three women were his wives so he is very angry when he arrives an hour later and sees three strangers having sex with his wives. He tells the three men he will chop off their penises as punishment, in some way relating to their job. He asks the first man what his job is: The guy says, "I’m a fireman" The prince says, "Then we’ll burn your dick off!" The second guy says, "I’m an employee at the shooting range" The prince says, "Then we’ll shoot your dick off!" The third guy smiles and says, "I’m a lollipop salesman

Why did Steven hawking die? He lost wifi connection and don’t get the data plan.

Did you hear about the fire in the shoe factory? Many soles were lost.

Location is in London by the way. One day a fatass came home and told his friend that he lost money. His friend, “Oh for once you lost some pounds!” 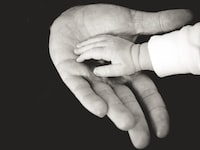 Why did the family move away?

Because they lost their son.

What did the farmer say when he lost his tractor?

Stephen hawking death was because he lost WiFi connection

How did Stephen Hawking Die, He lost WiFi Connection.

A man lost his toe when he dropped a knife on it: Doctor: I have good news and bad news Guy" Whats the bad news Doc: They replaced your toe with a piece of candy Guy: Good news? Doc: You now have tic tac toe

I was remembering the time when lost my brother, only until I heard that hide and seek wasn’t the best Idea especially in a secluded parking lot in downtown.

I used to be a banker…

but then I lost interest.

Two atom soldiers are fighting against an army. One gets shot. He cried out, im hit! I think I’ve lost an electron! Are you sure? Asks the other. Im positive!

This one as actually physics(unlike some other joke here, ahem cough cough)