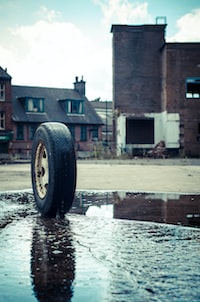 Why did the carrot roll down the hill? Because he couldn’t stop his wheelchair

why do bunnys like bruno mars : cuz he got 24 carrots

Why aren’t dogs known as carrots? Because they aren’t.

The lunch lady gave me only one carrot. I didn’t carrort-all.

so I was walking in a store and a carrot and a lectus said “lectus leaf” to me.

When you mix a wizard, a rabbit, and a songwriter together, you get 24 carrot magic.

why does my mum eat carrots?

Two kids are out in the cold, with downpours of snow erupting from the clouds. One of the kids says something. Can we build a snowman that is going through puberty? The other kid says something else. Yes. It sounds cool. After a while, the snowman was finished, and some words jut out of the first kid’s mouth: Wow! Look at that snowman! It’s got hair all over. But I think it’s missing something though. The other kid jumps a little and begins speaking. Oh, I know what it is! After a while, a body part made of a carrot and two cucumbers appears on the snowman’s crotch. It is a penis and a ballsack. The first kid speaks. Icy what you did there. The other kid replies. Good thing I didn’t slip up there. The first kid replies. Well, that’s snow problem. The other kid then uttered this: These puns would make the most frigid individual crack-up. The first kid then says: I know, right? They then begin a snowball fight. The other kid then says: Only the men have snowballs!

What was the incontinent farmer’s greatest problem? He managed his carrot patch but couldn’t control his peas!!!

Why did the vegetable go to jail? He kaled a man and stole a 9 carrot gold bar.

Why did the carrots laugh? They saw Mrs. Green Pea over the fence.

I know a baby carrot when I see one

I went to the bathroom and into a stall, to see a hole in the wall. I reminded me of ‘The Lickable Wallpaper’ from ‘Willy Wonka and The Chocolate Factory’. I jokingly started licking. Though, the carrot tasted musky, and kinda wrinkly.

What is a carrots favourite shop?

I will tell you a story. There was a fruit named Pear who was named Dyck. He one day met his friend Carrot, who was later killed after being stuck into some girls vagina. Pear then became very sadistic and no one loved him and he became mentally fruit-pressed. One day he met a Banana named Harvey Weinstein and they got married and had children who were all named minion. Eventually the rest of his family died and pear was left slowly rotting away. His last words were “I have finally ‘peared’ the consequences of all my actions.”