Why cant orphans do homework?

They dont have a home to do it at. 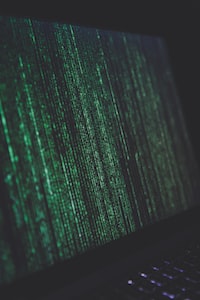 Q: How do you know when an Asian broke into your house?

A: Your math homework is done, your computer is upgraded, and 2 hours later he’s still trying to back out of the driveway.

Teacher:Kids what does a chicken give you

Teacher: Very good now what does the pig give you

Teacher: Excellent now what does the fat cow give you

who’s a pineapple? I’m a pineapple…Yass teacher and kid kid: hey teacher: yes kid: would you punish me for something I didn’t do? teacher: of course not kid: well I didn’t do my homework

Teacher: where’s you homework? Student: at home… Teacher: what’s it doing there? Student: having a better time than me.

Q: How do you know an Asian person was in your house? A: Your homework is done, breakfast is made, and your cat is gone.

I wasn’t understanding what I had to do for homework, so my teacher said “ Let me break it down for you like the twin towers.”

I was sitting in math class, and our teacher doesn’t like it if we don’t work on math in his class. So I did science homework on top of a math book

Why did the students eat their homework 📚?

Because the teacher said it would be a piece of cake. 🎂😂

How do you know you’ve been robbed by an Asian?

The house is clean, the homework is done, but the idiot is having trouble backing out of the driveway.

What do cows use to do their homework a - Cowcoulater

Why can’t u give a orphan homework?

Because they don’t have a home to do it in

Why don’t orphans do homework? They don’t have a home to do it in.

Whats the difference between homework and a hooker? They both start with an “H” but we all know what one we would like to do.

The teacher says to do your homework. I do. my friends do. one person never does any of his homework.

eventually we had to have fun. He said he didn’t do it. WOW what did he do? I like to think he got smacked and nearly commit suicide.

You cant give a orphan homework