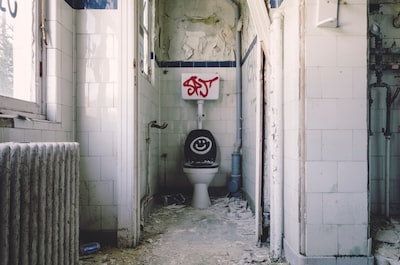 Today there was a big test for Little Timmy. During the test, Timmy had to take a really huge shit. So he rushed to the bathroom. He took a while in there. When he was done, he had realized there was no more toilet paper left. Since there was nothing around him to use, the only thing he could do was wipe with his hand. His time in the bathroom was up, and he needed to finish that test! He didn’t have time to wash his hands. So he hurried back. The problem was, the hand he wiped with was his right hand. He used his left hand to complete the test, which made him fail. When he got home, his mother was standing there crossing her arms. “Timmy, the teacher had called and said you wrote sloppy on your test. Why is that?” Timmy replied, “Oh, it’s because I caught a leprechaun with my right hand, but if I opened it my classmates would scare him away, so I had to use my left.” Timmy’s mother glared at him with disbelief. “Timmy, I don’t believe you. Now open your hand!” Timmy did so and opened his hand. “See, mother? I said you’d scare the shit out of him!”

Did anyone actually read this I didn't